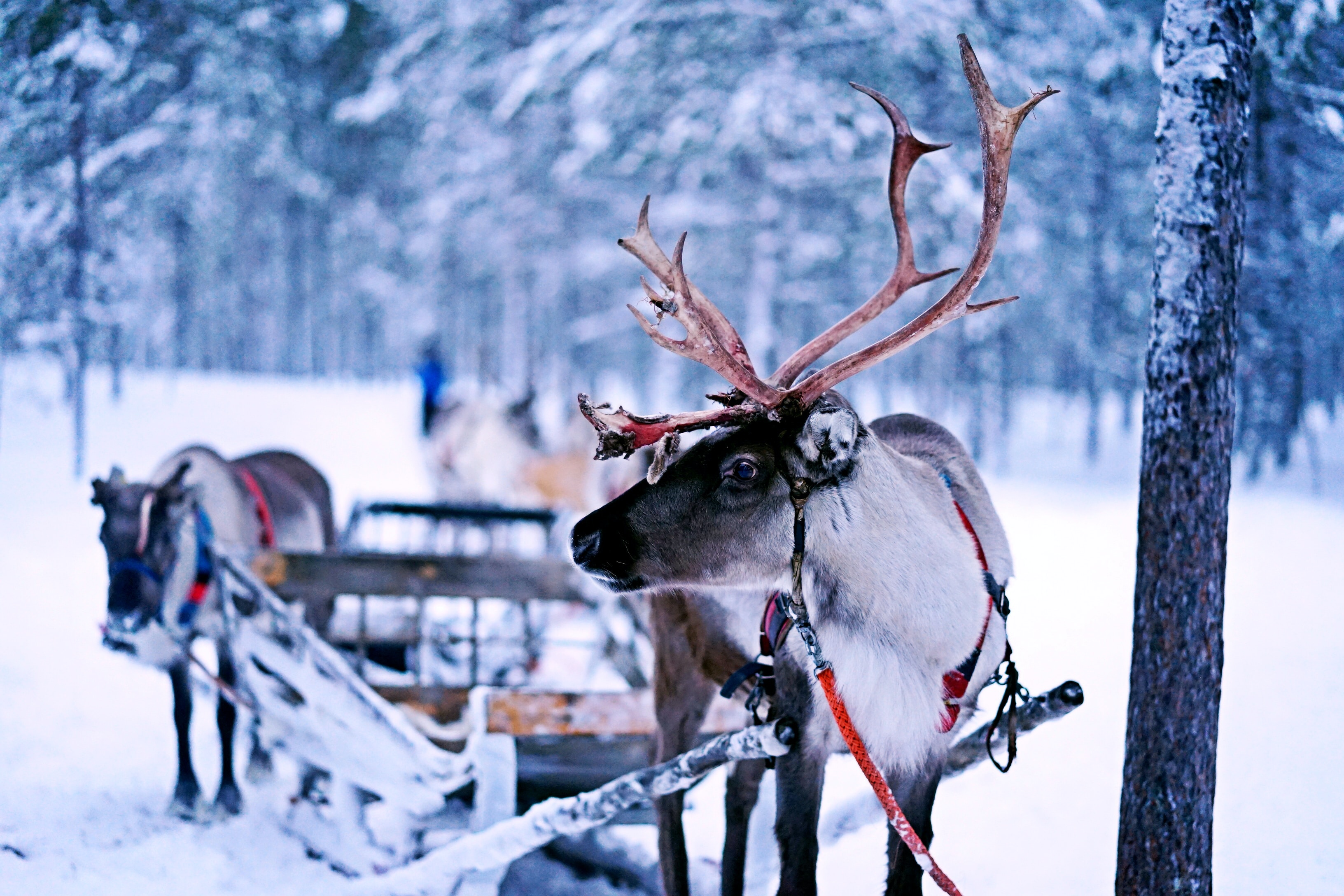 story about the magical journey on christmas eve

Once upon a time, there lived a lovely family in New York. Adam, Susain, their parents and a cute cat Tommy.

They were very close to each other, and were enjoying their life. They will wake up early, get ready on time, have breakfast together, go to playground together in evening, have dinner together, and then go to sleep after story time.

The mother and father were always looking for ways to make life easy and better for Adam, Susain and Tommy. 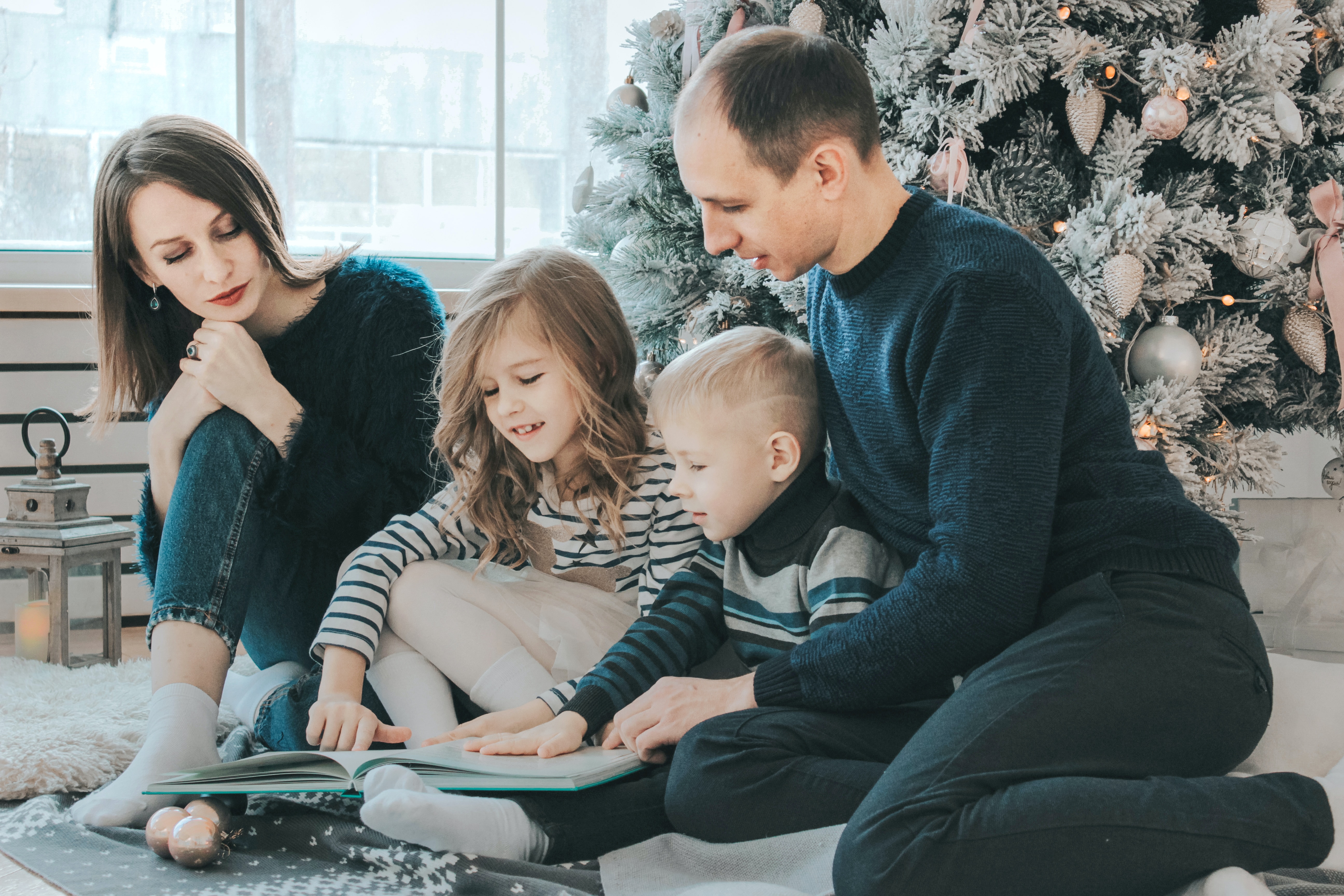 One evening, when the father returned from the office, he was not looking very happy. When Adam and Susain asked: “what happened Daddy?”, the father replied that he has got a job transfer, and will have to move to Sunnyvale for the new job. But because it was middle of the school year, Adam and Susain cannot move with him.

After listening to this, Adam and Susain got really sad. They skipped their play time that evening, and also didn’t eat their dinner properly.

The mother realized this, and talked to the father, and they decided that it is in best interest of kids to complete their school year, and then move to Sunnyvale. The kids eventually agreed.

The father and the cat, moved to Sunnyvale, and they used to video chat with the kids and their mother every day, but the father could see that the kids were missing him and the cat.

Then came the month of December, and all the kids in the school were talking about the wishes they had made to Santa Claus for the christmas.

Adam and Susain thought, they will also make wish to Santa Claus, and they both wished “can we spend the christmas like we always used to. together !!”. The date on that day was December 20th.

But as we all know, Christmas season is a busy month for Santa Claus, he didn’t read their wish until it was December 24th. And when he read that wish, he immediately decided to fulfill their wish. He asked his elves to arrange for the travel of the family to Sunnyvale. When elves checked, they found out that all the flights were already booked, and there were no seats available.

Santa asked elves to arrange the travel using his personal reindeer and sledge. But elves reminded Santa that he needed the reindeer and the sledge for distributing gifts to all the other kids.

Then Santa asked elves to get another reindeer from the nearby forest and to create a new sledge. They did. by the time they got that built, it was already 9PM, and the kids had already fallen asleep with their mom.

Santa asked elves to move the kids and mom to sledge carefully and ensure their sleep was not disturbed and then asked elves to take the family to Sunnyvale.

When elves reached Sunnyvale with the family, they saw that the father had only one bed in the house, and he was sleeping on it. so elves magically brought another bed in the house, decorated the house, placed a christmas tree with gifts, and then carefully moved the kids and mom to the new bed.

next morning, when the kids woke up, they could not believe their eyes, and went out in the living room, and saw the christmas tree and gifts. with their noise, the father and mother woke up and came in the living room and were so happy to see each other. They spent their complete day together, had lunch together, dinner together, and slept together, like always.

Next morning reindeer took the family back to NewYork, and the kids thanked Santa Claus for fulfilling their wish.

After their school year finished, they all moved to Sunnyvale, and had great time together. and never forgot to thank Santa, Elves and their reindeer for the magical journey they had on christmas.

Merry christmas to every one.